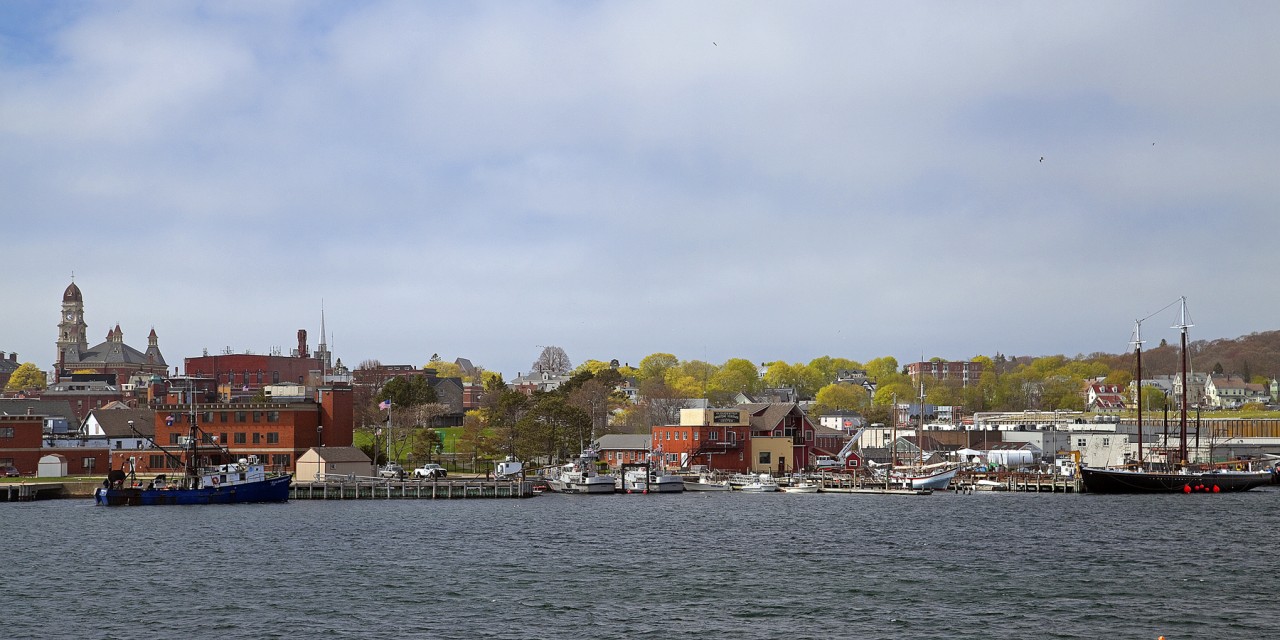 Since 1623 when an English company set up a fish camp, a protected harbor has fostered and sustained Gloucester (above). America’s oldest fishing port has been home to Janet’s ancestors and relatives named Robinson, Harraden, Williams, almost from the beginning. So, of course we thought it worth another visit. Through a company called Home Away, we booked Sunset Serenade, a comfortable little vacation rental in East Gloucester with a partial view of the harbor and a kitchen where we fixed breakfast and many dinners. Short walks took us to Duckworth’s Bistrot for sumptuous seafood dinner in a relaxed, friendly atmosphere—and back home

Stu’s eighth great grandfather may have been courageous, but perhaps not very astute. In 1677 Captain Benjamin Swett led a band of 40 English colonists on a mission to Black Point (now Scarborough, Maine; then part of Massachusetts Bay Colony) where they were ambushed. Many of the young, inexperienced colonists fled while Swett, his Lieutenant and another man fought and died.

This was a pointless battle in America’s first Indian war, known as King Philip’s War, and it’s just one genealogical gem we have so-far acquired on this, our second family history journey in about seven months. Our first four days in Providence, RI were filled with the New England Regional Genealogical Conference where we attended 30 or so lectures on everything from DNA testing, to new apps and software for genealogy, to 18th and 19th century migration patterns, and researching military records to, well, King Philip’s War.

Postcard -- Preston Castle on a Hill 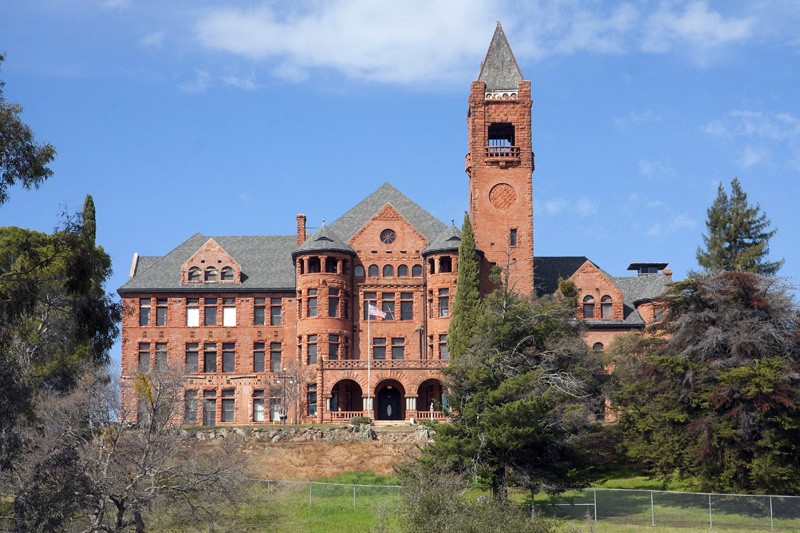 From its hill-top perch, a Romanesque Revival edifice dominates the small Amador County town of Ione. Some would say it haunts the place as well.

Completed in 1894, the imposing red brick, sandstone and granite structure served as the main building of the Preston School of Industry until the school’s closure in 1960. It was a place we called “Reform School” in our youth–the place they threatened to send students who misbehaved in regular school.